In 2006 we moved to Brook, within Dartmoor National Park on the edge of the high moor, near Buckfastleigh. Our intention was to manage the land, around 150 acres, for the benefit of its wildlife by enhancing and creating a range of habitats to support a diversity of species.

Just over half of the land is ancient woodland, the other half pasture. In the woodland we set about removing acres of rhododendron and conifer plantations and recoppicing areas of old coppice. This has seen a return of woodland flora in spring; carpets of Bluebells and ferns, Dogs’ mercury, Wood- sorrell, Bugle, Ramsons, Wood Avens, Bilberry, Sanicle, Wood Sage, Cow Wheat and many other plants. All these have returned because of the extra light now reaching the woodland floor. Nest boxes specifically for pied fly-catchers were put up. There were none when we arrived and 118 chicks were successfully fledged in 2020.

In order to support more biodiversity we have created a mosaic of habitats. Planting a kilometre of native hedging in fields that didn’t have any, creating orchards and ponds. Bramble patches and gorse scrub are an important part of the mix.

It’s been a process deciding how to manage the 70 acres of pasture. We don’t own animals ourselves, apart from a handful of geriatric sheep. It’s been a learning curve over the last fifteen years.

Fields that were plant species poor have become wood pasture, dominated by tussocks of coarse grass, with a thatch of accumulated dead vegetation at ground level. Ideal homes for many species, including voles and harvest mice and the food source for kestrels and barn owls. Bramble and natural tree regeneration prosper on the edges here, creating a diversity of edge habitat.

Four fields that looked promising, that already had some wildflowers, were put into hay meadow management. Cut for hay and grazed in the autumn by cows, these grasslands are becoming more species-rich each year. Cutting and baling annually is bringing more floristic diversity, fantastic for pollinators, but we also accept it’s cataclysmic for some insects. Therefore a large swathe is left uncut in the centre of each field, along with the margins. These act as refuges, so that some insects get to complete their lifecycle including grasshoppers and certain species of butterfly. The hay meadows are grazed down in the autumn and the livestock tend to eat the new growth from the hay cut first, turning to the uncut areas second.

The jewel in the crown is a wet meadow.

It sits in the valley with oak woodland on one side and a steep, south facing slope, on the other. It’s fairly boggy all year round and in winter water from natural springs run through it. Many years ago, underground pipes were laid, part of a drainage scheme, robbing it of its water and its history. We blocked the drainage pipes and we borrowed a couple of Dartmoor ponies to graze it off in the late autumn. Now two ponies are brought in for six weeks each year to reduce the the tall grasses and herbs to a fairly short sward. Year on year, we have seen a return of wild damp-loving plants; without introducing any seed, we have seen a huge increase in numbers of Yellow Iris, Ragged-robin, Southern Marsh-orchid, Hemp agrimony, Square-stemmed St John’s wort, Water Mint, Wild Angelica, Bog Stitchwort, Marsh Thistle, Marsh Bedstraw, Greater Birds’-foot Trefoil and Fig-wort. Hemlock Water Dropwort was becoming too dominant, so areas of it are cut down to the ground in early April, to knock it back. This allows space for the Ragged-robin to make an appearance. On warm sunny days, the meadow is alive with insects, with many species of bee, meadow butterflies and moths being recorded.

This meadow also has a dry steep-sided south-facing slope, which is dominated by a wonderful display of primroses and dog violets in March, followed by bluebells in late April. From the end of May the slope becomes covered by bracken. There is a small colony of Small Pearl-bordered Fritillary butterflies, whose caterpillars are entirely dependent on the dog violets, which they feed upon. Around half of the bracken is cut by a pedestrian mower in late autumn (a Bank Commander which copes admirably with steep inclines). This is carried out once the bracken has died back. This makes way for the violets, celandines and primroses on the slope in early spring. The other half of the bracken is left uncut so that invertebrate eggs and larvae can overwinter. There are frequent sightings of slow worms as well as the occasional grass snake.

Gorse intermixed with bramble lines the top of the slope. Long-tailed Tits, Song Thrush and Blackcaps nest in this scrubby area and the blackberries are a valuable food source for wildlife. The edge line of the bramble is kept in check with the mower once a year. The gorse is cut in blocks, in rotation. At the very top of the slope is a narrow species-rich dry meadow. This is grazed off by the ponies in autumn, and because it’s not cut by machine, there are large anthills and other irregularities that diversify the ground structure for the benefit of invertebrates.

In summer the species-rich grasslands becomes a kaleidoscope of colour and a metropolis of insect activity.

We feel immensely lucky to be custodians of this special place. 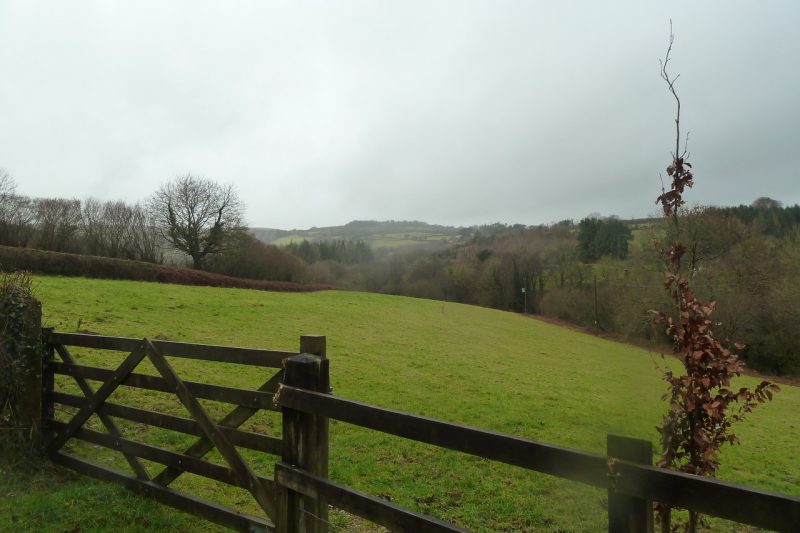