Orchard: A Year in England’s Eden

Orchards have been a traditional component of the British landscape for many centuries. However, the majority of old orchards have been destroyed and now only a fraction remain. As late as 1991, there was Government legislation – ‘The Apple Orchard Grubbing Up Regulation’ – that paid for the removal of orchards.

The value of these orchards for wildlife, as well as people, has long been underestimated. Old orchards are crucibles of biodiversity, playing home to a wealth of wildlife from beetles to butterflies, hedgehogs to dormice.

Nick Gates and Ben Macdonald spent years visiting a magical traditional orchard, uncovering more of its stories each season and observing its secret life. Their book, Orchard: A Year in England’s Eden was the result of their passion.

Nick’s talk will be a celebration of the extraordinary range of wildlife an ancient orchard supports, making it one of the richest ecosystems left in Britain. Nick will also share how he brought many of the principles that makes the orchard such a fantastic wildlife haven into his own small wildlife garden in Bristol, with some really notable species successes, including Purple Hairstreak and Great Crested Newt.

Join us on November 4th at 7.30pm to be inspired – it only takes six trees to create an orchard. The talk will be followed by a Question & Answer session.

This talk is a collaboration with community group Orchard Link and there will be a short introduction on their activities and how their members are creating and restoring orchards in Devon. The ancient tradition of collaboration between people and nature makes traditional orchards a unique example of simultaneous agriculture and conservation. 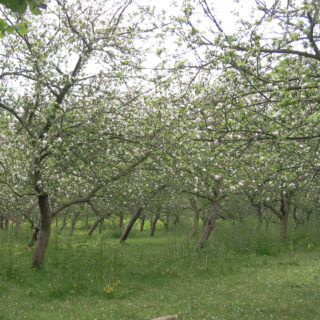