A talk on the restoration of the meadows at Deer Park Farm, Devon

Audrey Compton and John Whetman won the England 2015 Meadow and Grasslands Award for their work at Deer Park Farm, a species rich County Wildlife Site. This very special site has 31 acres of ancient grassland and hay meadows, supporting over 350 species of wild flowers. But when Audrey and John arrived at Deer Park 19 years ago the land had lost some of its biodiversity through a mixture of neglect, over-grazing and applications of artificial ferlisers on the hayfields. Come to Scoriton Village hall on the evening of 12th February and find out about their incredible achievement to bring back the biodiversity to the farm.

Audrey Compton will be the speaker at this meeting. Audrey had been an intensive dairy farmer for 25 years and a Ranger managing Nature Reserves and Country Parks for 15 years.

If you have a field you would like to restore to a flowering meadow, or if you simply would love to hear about the restoration work and the life that’s been recorded in the meadows at Deer Park Farm then come along on the evening of February 12th. They’ll be the opportunity to meet up with other meadow makers over a cup of tea during the break and plenty of time for questions.

In addition, Audrey will be sharing news of a Practical Meadow Management Handbook she has been working on, inspired in part by Moor Meadows members’ visits to the farm and the Moor Meadows email group discussions. She would love to include case studies from meadow owners and will give an overview of the handbook at the end of the talk.

As seats are limited, please reserve your place now by emailing audrey@boveyclimateaction.org.uk 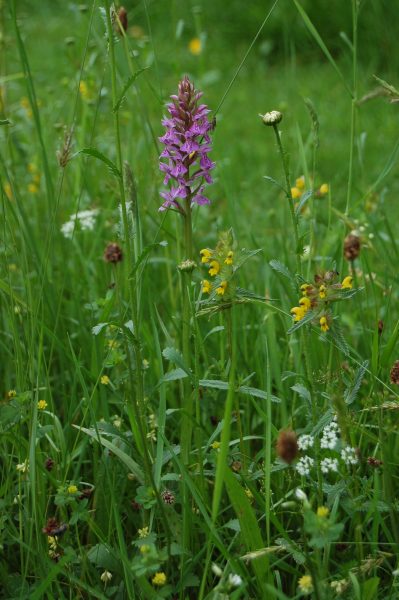 Why Meadows Matter – and why we need more of them, with Stephen Moss

Stephen Moss, one of Britain’s leading nature writers, broadcasters and wildlife television producers is giving an online talk for Moor Meadows on the loss of Britain's wildflower meadows and why we need to recreate this important wildlife habitat. Click here for more information & how to book.